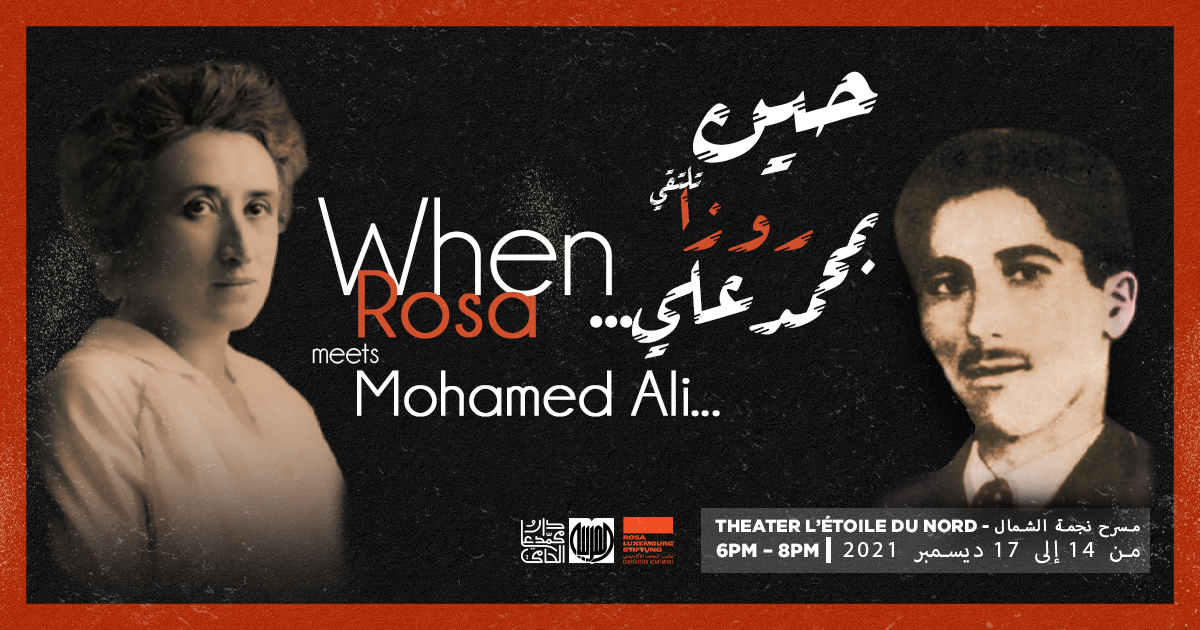 Rosa Luxemburg Foundation- Bureau for Academic Cooperation and the publishing house Dar Med Ali collaborate in a partnership to host a series of cultural and intellectual debates and meetings "When Rosa Meets Mohamed Ali”, starting December 14th until 17th.

Rosa Luxemburg (1871-1919) was born in Poland and then moved to Germany. She was an outstanding representative of the European socialist movement.She was a passionate critic of capitalism, drawing strength for radical action from her critiques.Rosa Luxemburg’s fate is inseparably linked to the development of the German labour movement, the fights among its various tendencies, and ultimately its splintering. She was a member of the Social Democratic Party of Germany, a co-founder of the Spartacus League and then of the Communist Party of Germany.

Mohamed Ali El Hammi ( October 1890 – May 1928) was born in El Hamma, Gabès and died in Saudi Arabia.He is deemed as the father of Tunisian syndicalism.In 1908, He then moved to Germany and studied economics and political science at the University of Berlin. He founded the Confédération générale des travailleurs tunisiens (General Confederation of Tunisian Workers) in 1924. 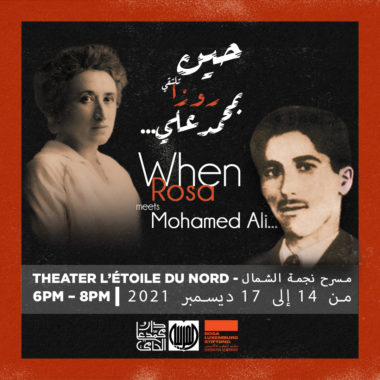 Historically, Rosa Luxemburg and Mohamed Ali Hammi were both in Germany at the same time, in the first decade of the 20th Century. They were both wandering the German streets in a pursuit of their respective fights for equal rights. Today, a century later we bring back these two historical figures to inspire us, so we can meet, discuss and understand the values they believed in.
When Rosa Meets Mohamed Ali, is not only a remembrance of two figures who shaped a part of our modern history but, it is also, a tribute to their legacy and an attempt to follow their leads to continue the fight.

The aim is to organize meetings and discussions around four of the books published by the Rosa Luxemburg Foundation- Bureau for Academic Cooperation and the publishing house Dar Med Ali.

Study day on “Intellectual Left in Tunisia: The Question of Culture and Freedoms”

Facing History: The Echo Of The Higher Authority for Realisation of the Objectives of the Revolution in the Reform and Democratic Transition Process in Tunisia